Screen swap for my Area51m 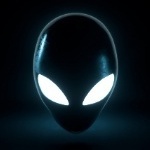