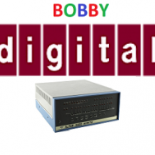 @1610ftw The weight of a standard heatsink is 688 grams.   I will describe the whole process in more detail. I bought a heatsink, pump, and quick-release fittings in one store - *link*

This topic has been bubbling around the forums quite a bit so I think I will need to make some "policy" changes regarding PremaMod.    It is my understanding that Prema would prefer PremaMod