Everyone, its time to decide our brand!

This poll is closed to new votes

I prefer something that doesn't place a focus on notebooks or laptops in the name, so the first two options or Core-PC are my idea of better choices. I consider that a possible limiting factor to the 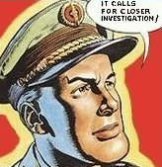 Well said and this echoes my own thinking. I also think that new users are more likely to come if the name found by their favourite search engine looks relevant and once we get the NBR archive linked