Wow. With version 1.10.1 bios S3 standby is now supported. Selective Standby for bluetooth devices also seems to be tuned as well, so you can have a bluetooth mouse like a MX Master 3, and moving the 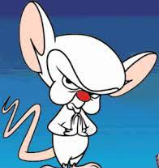 I updated bios from 1.7.0 -> 1.10.1, download update directly from dell side and run update manually It is updated and works, no issues